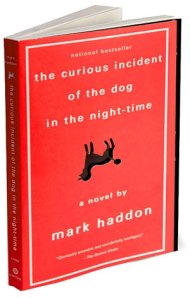 Book description~ Christopher John Francis Boone knows all the countries of the world and their capitals and every prime number up to 7,057. He relates well to animals but has no understanding of human emotions. He cannot stand to be touched. And he detests the color yellow. This improbable story of Christopher’s quest to investigate the suspicious death of a neighborhood dog makes for one of the most captivating, unusual, and widely heralded novels in recent years.

What an unexpected read- curious indeed! Immediately the reader is drawn into the world through Christopher’s eyes – a world where he doesn’t like the color brown, is a genius at the most complicated math problems, doesn’t like to be touched, and focuses on prime numbers to manage his anxiety when in certain social situations. This 15-year old has a type of high-functioning autism also known as Asperger’s Syndrome. Written in 2003, The Curious Incident reminded me a lot of Jodi Picoult’s House Rules. Both books’ main character was a 15-year old with Asperger’s who were each also fascinated with solving crimes and investigations. Christopher’s story was a much  faster-paced read told so simply yet so complex at the same time. I enjoyed every moment of Haddon’s novel. Usually, when writing characters with mental illness, authors describe characters with a disease like Asperger’s to explain a character’s quirks. Instead, Haddon invites us along for the ride, inside Christopher’s hear, every step of the way as he tries to solve the mystery of what happened to his neighbor’s poodle. I wanted to give Christopher a hug and tell him everything would be ok. I felt like Christopher was my little brother that I wanted to help and calm his nerves when he was scared. Haddon does such a meticulous job with Christopher’s character analysis, using Christopher’s voice in such a fresh and light way. Christopher’s life changes course in such a dramatic way and I enjoyed it immensely. He sets out on a trek to solve a mystery for his neighbor, and ends up in London on a mission to solve his own life’s mystery and unearthing some family skeletons in the process. As usual, my reviews are not meant as spoilers so I won’t give away the best parts. But I read this book in two days and if you need a quick read that will leave you with a smile, I recommend Haddon’s Curious Incident of the Dog in the Night-time. 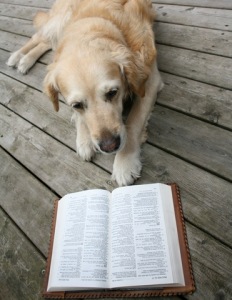